That kind of gives you a sense of okay. Here’s where we’re at where we’re not if you’re in the ninety percent bounce rate, then you know if some of them may not be right.

But if it’s really loading no well we’re doing pretty good, like you can try to figure that out too, but you’ll see that those numbers change depending on the season two. So it’s kind of like a guessing game. In some ways I mean, like every statistic can be measured against something else, but is it really worth measuring? I don’t know so you have to kind of kind of dig into it and your research background obviously lets you kind of think about that.

A different way than maybe some of us: how did you are changing the age? You know people who are being coming to your side me that certain age, but those are aging, and you want to get a new people to come to your page. So the age will be coming, so that’s kind of one sink is changing or other values measures, so our site now is only that’s a 20-some percent coming mobile yeah. What you think it’s increasing, but it’s still only twenty-seven percent.

You know in 50, plus percent desktop or laptop or whatever. So you know the audience is definitely increasing, but you know we’re making a move now to go to a responsive design, yeah of course, but at the same time you know it’s all good, because if you could not it’s different yes and i’m learning drupal that there’s Actually, a template theme, it’s responsive design, yeah that you can apply to your site if you have a drupal site – and you know i’m sure, wordpress and others – and you know have a similar thing. 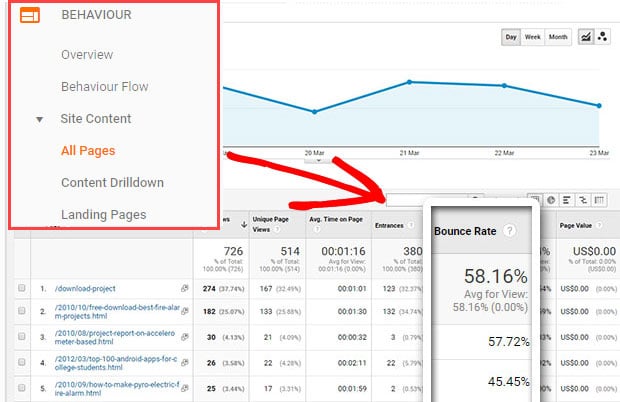 So it may not be like a huge makeover, depended on the platform in the other side yeah. I canna United question dunno. So when you had the dashboard off and then basically the different types of reports, yeah you’re exporting, that is, that being exported to your email directly. Yes, I can take any of these actually and see how you’ve got this export button, so you can export it to any file type. That’s here.

So you guys see. Csv you’ve got so you’ve got a new google sheets PDF or you can have an email to yourself. That’s what I want and if you email it, it still gives you the option to choose what type of format you want, and so I don’t have to remember to send these out to my executive staff. Monthly phillippe just send it to them as an attachment, and I just go so I can choose the frequency here and then when it goes and then you can add as many people as you want to send that out to you find that you prefer to do It like as a PDF, so nobody can play with it.

Why, when they’re bored as a excel, typically typically for them as PDF on just because they want to look at the hard numbers it care to mess with it. I would say it’s not a beautiful export. You know they probably would like me to play with it a little bit before I send it to them, but for what it’s worth, they at least get the top pieces of information that they’re looking for it can kind of make some executive decisions on content or Creating content based on what I send to them.

Do you also just kind of send it to yourself just as a reminder yeah, I do yeah. You can do that easily as any any page you’ll see it up here at the top you’ve got. You know I sports your dashboards are the same way. So if I were to go out this monthly staff, I can share it. I can email it. I can export it here. You’ve got the PDF of money, but you can email it just because it’s got multiple things inside of it can’t create multiple sheets.

So, in each dashboards considered like a different type of report, don’t love trafficked, yeah good! You got this one visit the bounce rates and copper any enhancements. It’s just a slightly different thing. That way out was those the dashboard junkie. There’s lots there yeah. Oh, could you touch on goals and setting up goals because that’s something we just sort of graduated to yeah we’re going to get there ourselves, so I’m been tinkering a bit over since I am with that.

The n 10 conference in April play a little bit with it, none of their totally set up. Here I mean if a fully functioning one here been playing in a different environment, but only so it is grew up. I was testing it out. Let me see if I got it here: go down to under conversions, you’ve got goals, and so, but the you. Basically, you set up a goal, so it might be like your donation page right. So a goal is a way for you to track whether or not someone’s completed a cycle, so you might want to track how many people have actually made it to that.

Thank you page. So it might be that you want them to get to the donation page and then obviously proceed through to that. Thank you page. So you set it up for here and you select them and it will tell you how many people have actually completed it, and then you can also choose, like other other values that go along with it, and so we’ve got webinar purchases. This thing this is one that was playing with, but the just trying to see whether or not people were actually going through with the registration page.

I think it’s a little unique for us, because the way that Drupal we’ve got customized registration forms – and so I can’t quite figure out how to get the google code onto those forms for our purpose. So it’s been a little bit more complicated than I would have liked it to end then, but it’s certainly a thing that makes it easy for people to once. You’ve got the code installed, they’ll start tracking it just like everything else, so you’ll be able to see those conversions are beginning to end daily and monthly basis you at it over time.

I know that you finna does a specific training on that too. So it’s a good resource for that goes. Yes, denim silver belt them, so she’s got one on her site and David yeah. That’s why I mentioned that before when we said exit page, we had just set up a Thank You page on our donation form as one of the goals that they reach. That page now, you know, and then also you know, I think, as far as you know, like our science site would be a great example of they came to the site and they spent 45 minutes there and they really loved the content.

And it’s awesome and maybe they don’t donate that day or maybe whatever what I still think you know, we’ve reached our goal, so there’s different goals for different times and just because they’re, not you know running to make a donation. You know all the time or on a regular basis. You know that’s why. Obviously, you could have different goals well, integral if the gold could be that they’re downloading a product or downloading a rush fever or something whatever that might be.

It doesn’t necessarily have to be a monetary type of thing either it could be something else yeah and that’s why you know if you go to your main dashboard and it’ll, show you like average time on site or average. You know average time on page. It’s really important that you don’t take that number at face value and that you look at your actual pages and that sort of thing our science site. We have a lot of pages.

There are a lot of static institutional things and then we have weekly fresh content. That’s up that has articles embedded above the article is five minutes long and people are spending five minutes on that page on average, then we’re doing our job they’re sitting there and they’re reading the whole article, but our average time on site is much lower because people Are going to the institutional pages too and then leaving quickly so so it is really important that you don’t take your general site information to too much at face value.

You really want to drill down and look at what’s happening at the page level in rockland we were having a lot of problems from not problems but having a lot of the box going through, and we wanted to figure out. The number of people were users without the box. How somebody set up for us. They estimated that if they were there longer than 10 seconds and they were a human being person yeah, why right on it remember something happen for it.

Yeah, that’s a good way to look at it too. All right, any other specific questions, there’s a lot there. I cannot merely cover it in an hour, but hopefully that helped a bit, and you know I love to go deeper, especially reminyl tracking, to have something that the ninth next fluid step. So next month we meet um, oh gosh, what David we always meet. The third Wednesday, okay, so pull out your calendar, the thirst Wednesday, the 19th.

Thank you, and we will be talking about actually how to do some of this audio stuff. That marks been doing. He helped is at the conference and he does with a couple times where he sent up the audio for us and I’ll just record so that people can go once in some of this and he’s got. Ta have some moves great equipment out here for us to play with, which is very generous with them to do so. We’ll have so many things that people can practice and try it out.

We had the different pieces set up at the conference because I thought was me if I had an interview room and I think it was neat for people to see that it’s not necessarily a scary topic that you can definitely do it easily and he’s got a Couple ways to show us with her to do a budget-minded Lee or maybe the professional route. If you choose to do that too, but thank y’all for coming tonight. Are you still uploading interviews, they’re, all a bit of them and there were two posts today lesson? That’s a wise thing: okay, what is worse great once the season, the toys I am without