It is December of 2019 and we have been through 2019 sa EP, which shook up the industry for sure it was.

It was a crazy, a EP and a lot of my Medicare clients have had hundreds and hundreds of apps that they put in. I know one office of seven people that had two thousand two thousand AP Medicare apps go in just during a EP, and there are seven people in that office he’s doing something. My other clients are doing something that, if you’re not doing you’re setting yourselves up and yourself up to fail.

Okay, so we have a lot of clients across the country that do Medicare final expense, various types of insurance and there’s really three things that I want to kind of break down for you today. One is, I want to kind of share with you what we learned during this AEP and and there’s a couple key components: ok, 2019 annual enrollment period was absolutely totally different than 2018. There was hundreds and hundreds of millions of dollars that went into digital marketing. 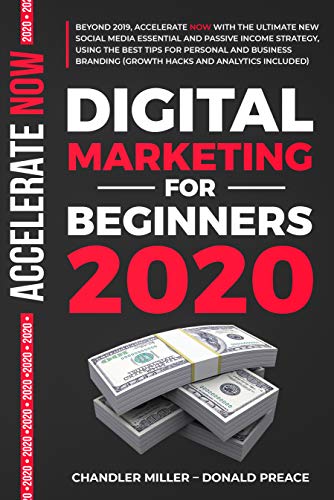 That did not go into digital marketing in 2018. Even what I mean is I’m talking to major carriers, they’re, giving us $ 100,000 projects that are only you know being spent in one particular area of the country, and that was one twelfth of their budget. They spread that out between you, know, multiple different projects and multiple different. You know organizations because the co-op dollars will return from the carrier that they just wanted them to do for digital.

So we had this huge. You know we had these huge projects that were coming across and that business just wasn’t there. In 2018 there was not carriers giving co-op dollars to IMO’s to promote their products digitally. So we had to go through a massive shift of compliance and getting all these articles approved through Aetna and Humana Mutual Omaha and all this other stuff, but I’m telling you guys there’s big money coming in the digital marketing space.

Now, what does that mean? That means it’s all going to get more competitive. That means that in 2020, if you’re not trying to play ball in the digital space, you’re going to get left behind, there is lots of money there is, you have got to know what’s going on and want to make sure that you’re above you know above the Surface of what’s happening, so you know I can tell you right now that the digital marketing space of the insurance marketing world is growing growing growing, and that brings it to my second point.

I know a lot of you guys have made a lot of money and built a business on Direct Mail leads, and I’m not ever going to say that Direct Mail is dead or bad or anything. But I can tell you for a fact. I hear every single week in every single month how the direct mail isn’t pulling like use to the quality elite, isn’t like it used to they’re not getting as much Lisa. These an area and most of the organizations that are living on Direct Mail are using some other form of supplemental lead source to get them in front of the people, so that supplemental lead source is typically one of two things right.

The first thing that they’re going to do is digital marketing leads you, you know just internet leads whatever. That is the second thing that a lot of people do is what’s called live, transfers from from call centers now a lot. Some of these call centers are being built overseas, but any of the big IMO’s and big clients that we work with are winding down their Direct Mail, spins and winding up their Live, transfer.

Telesales leads and winding up their digital leads to fill in the gaps as well, and this is absolutely a trend they need to be a part of. There is no way around it. If you’re living on Direct Mail, only you’ve got to figure out how to get outside of only direct mail and diversify your lead source. Now that does mean that the marketing the digital marketing world is very competitive. I sat down in the conference room of one of the largest insurance company, that’s privately held in the country and I talked to their lead call centre, guy that had a killer, AEP and, I said, hey well where to get most most of your leaves.

You know he told me he said good domains, that’s all he said, and I said well that was pretty cryptic and he’s like. Well, I’m not going to give our secret sauce, but I’m telling you right now even large carriers, who are typically sometimes behind the curve on innovation and adapting to new sort of strategies that guy who runs the call center of the largest privately held insurance company. In the world told me you know two words good domains, I’m telling you guys there’s a massive shift coming if you guys are not getting on board with this in 2020, towards the digital way trying to diversify your lead source.

You you’ve got to get on that board right. So when it comes to tell us telesales or teller leads, one of the things that I found is that a lot of people are doing a lot of tell elites as well. One of the reasons that I feel like telesales live transfers tella leads are working is because I feel like there is such a boom in digital marketing. Overall, that’s fueling. Some of these large call centers that they have huge databases of these aged, leads that they developed on themselves through digital and they’re, really being able to work back past leads then have to buy aged leads from anybody, because they’re developing their own and they’re working through These these leads constantly and they’re able to because of the advent of digital marketing.

You know you’re able to do a marketing campaign with 48 states. If you went drive all those leads that cost per lead could be as low as two three dollars. Whatever that ends up being get into your system, dial it and then what what’s happening is. Is he and the telesales side they’re, typically opening with openers that are taking those leads? And just you know, working through those leads getting through the qualifying questions, the health questions or you wheelchair-bound? You have cancer, you know Alzheimer’s, all all the big ones are in nursing home age, qualify, health, qualify and bank account qualify and once they check the main boxes, they’re then transferred over to the closer’s.

So what I see most big large telesales operations doing successfully is not just dropping leads into closers laps, but dropping leads into openers laps and what they call like marketers or whatever qualifying that kicking it over to the closer on the field sales side. What I see is the same thing you essentially except with appointment, centers, so a lot of times the high high-volume guys that I see that are doing big time volume.

You know fifteen thousand dollars a week of premium. You know whatever that number ends up being. They all have one thing in common and that’s they have an appointment setter that the person drives. The leads into the appointment setter qualifies the lead, sets the appointment and then they’re also implementing other digital marketing tactics that allow that user to then Auto book, an appointment as well, and so that person that’s the actual closer that has the talent of the understanding the Products and can work with the person in the home or whatever that looks like it was actually not doing the dialing and setting it’s more so the appointment center.

Even the small dogs have kind of moved past that a little bit now. Every time I talk about Direct Mail, I try not to be negative about Direct Mail. It’s it’s still a viable marketing method, there’s still people that live and eat and breathe off that, and I’m not ever going to say that that shouldn’t be the case, but they are all supplementing their Direct Mail with some sort of other system, whether it’s telemarket leads Or you know digital as well, but those are the three kings.

You know you got Direct Mail. I have a client that has that’s a 40 million dollar a year organization and what they do is they actually have a field sales force and an actual telemarketing source. As well, in fact, several new clients that I work with the major insurance carrier that I worked with that I sat down with this week is the same thing. They got field sales and telesales, and I’m telling you guys right now, they’re all using either live transfers.

So I I don’t want to scare anybody. That’s actually a good thing for your budget, because Direct Mail is expensive and you don’t need to pay, especially if you’re going to door knock your door. Knocking digital leads are perfect, because these people are opting in. You can get a lead card that looks exactly like what a Direct Mail is, and you can you know you can. You can buy, leads into leads today and get leads. 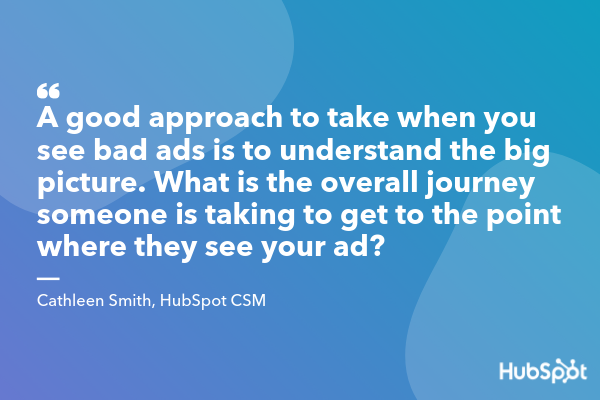 You know in two days from now visually with Direct Mail you’re three weeks now, there’s a little flexibility. There’s no guarantees it’s it’s very much a risk, but if you’re those are some key key components and shifts that I saw in 20:19 that if you’re not on board with 2020 you’re going to get left behind. So I hope you guys found some value in this. In this content today, we spend millions of dollars of marketing insurance only typically its lead development search engine, optimization website development, getting people in front of people, because we all know that if you can’t get in front of people as insurance agents, you will never sell you’ll. 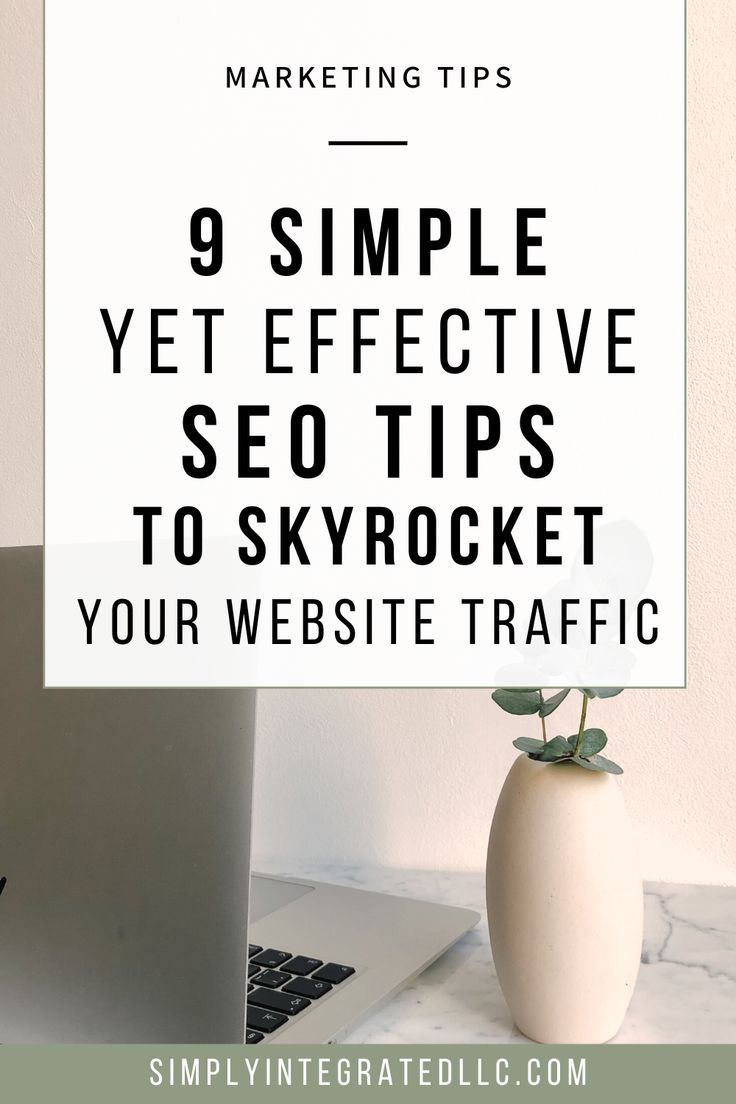 Never become one of the producers that you that you want to be, so thank you for joining us for this little article. I hope you found some value in this, and this is more of like a big-picture article, but I’m telling you we spend millions of dollars of marketing budget just in the insurance industry, and these are those are the three things that I see absolutely taking you into The future for sure, if you enjoyed that article then check on this article right here, it’s 5 insurance marketing tips that are working right now, it’s guaranteed to help you would be a better insurance.

Marketer I want to do – is break down 5 important tips. The reason I picked these 5 is because, no matter how large or small, how new or old most people that I talk to are missing one of these five tips. Typically