I handle marketing for addicts, which is a new domain registry. What we’re doing here is basically be on these new domain extensions, so you have that website. Yes, that store that holds that press space yeah. So these domains are quite cool right. They’re, amazing, I mean look at it, just just the fact that there’s so self-explanatory. Just if you have a dog tag, you already know what the website is about.

If you have a dot press, you know it’s going to be something to do with news journalism. If it’s a dot store, I don’t even need to tell you what’s going to be there on it? Yes, you have this. What happened like there was some kind of yes, so four years back, I can, which is the organization with hands. Policy for the internet, actually opened up applications for new domain registries or new domain extensions, and we were one of the companies that applied to them.

We applied a few of them and after that we had to go through a process in which some of them had. We, we had multiple applicants to them. For example, dot, tech and dot store are ones that we had come. Yes, we did actually not so actually was one of the ones that we competed with Google and Amazon and we wanted in an option. I mean that’s, it’s a it’s an option. It’s a closed option that we had to. Basically, there is a condition about when you’re applying for the domain name. Obviously the I mean I can checks whether you have the technical capabilities and the financial capabilities to actually run the registry, but once that’s done, it’s basically the option. So what is radix? I have marketing for radix. Radix is a part of a bigger community known as direct. I direct a group of companies where based out of India – and this is what we do.

Radix is a domain name registry. We don’t have any offices in London UK, but we work worldwide through partners like GoDaddy name.Com, name, chief one and one one, two, three reg all the guys. So I think it’s very, very cool that there’s a new domain top-level domains, there’s lots of new ones. Yes, but how is it with pricing and are there any pretty ones so uh pricing for minister? First of all, let me get to all the questions that you ask. 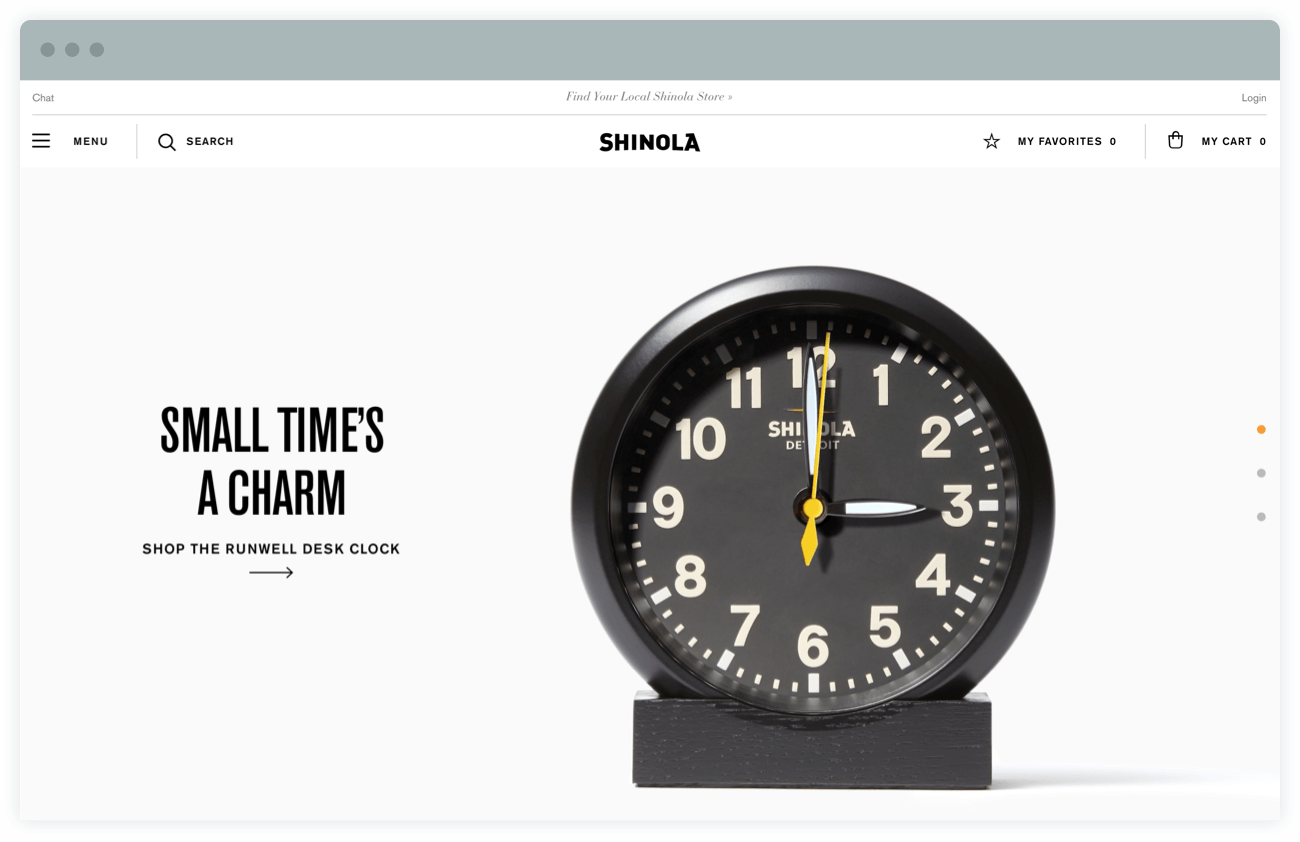 The first one is yesterday a lot of new top-level domains. They about almost a thousand of them, but luckily we own some of the best ones right now we have eight. As of now we’re still acquiring more so the next one to come up would be dot fun, which would be launching somewhere and early next year. We’ll be launching that soon and we’ve already got it yeah there are a few. There are the Slovak not right now, there tons of them actually so yeah we own these, eight of them, we’ve already sold about and you’ll find, most of them doing really really well knocked over the latest and yeah we’ve got some really kick-ass websites on it already Is there any chance that you can see a business model or be allowed to give them out for free for people actually use them and somehow make money some other way? That’s uh! I mean we could, but are you companies good? But we wouldn’t look at that, because our core competence is in the domain names, I’m where you buy them and which TLD you’re looking at it can be priced anywhere from about a couple of dollars to about thirty to forty dollars zero.

So, for example, something like store might be more expensive because it’s commercial, correct, dot store is a little bit, I would say expensive, but it’s priced a little bit higher than maybe a dot site, and that’s because of not only its commercial. It’s also because of the audience that we’re looking at we’re looking at companies in in e-commerce in retail, so that target audience is much smaller and at the same time they much more serious.

We don’t want. We want to keep the pricing at such point. We’re not anyone just gets the name and uses it for anything. We want specific um companies to use. It only see the somebody’s usually price. Is it public what you paid for being the ones that own that pay it is. You can check it out tech. I think is public. The other ones. Aren’t I’m not too sure right now, so I wouldn’t want to command without exactly so.

When we apply for the domain extension, we actually put down our business plans and we submit those. So I can those have been reviewed. Some of them all our business plans are fine, because our business model is quite straightforward, but there are people who are doing something different with domain names, and you could do something else close, for example, there’s some people making money with that.

But let’s say I even sold a couple domains because people ask me yep. I wish they would not all these people that just buy domains – and just I know that’s uh – happens to all the babies. We cannot prevent it, but we do that. That’s where pricing comes into play, so that’s why we’re not going to price our domains really really low, or if we do, then we do get a lot of people buying them and just squatting on them.

That’s why some of our domains would be priced a little higher, like I said, not stored, our tech, not hosts. These will be priced higher so that, if that prevents people from actually buying them in stock and just sitting on them like have a system that there would be a way to use AI or whatever and buy go to do. An API to check is actually ever being used to just park. That’s not the best way to do it, because there are a lot of people who would want to buy the domain name for brand protection, say, for example, TechCrunch wants to protect all its breath.

Its brand across all extensions, they would still buy all the domain names but wouldn’t actually use them. That’s so that nobody else uses TechCrunch start store to sell there, someone else’s products on them, so that still is nobody should be allowed to take that code. So we have a process for that in place before we launch any TLD. We have a 60 day period called the sunrise period where only trademark holders are allowed to register.

But after that it needs to be open for shark. The web no domain so any domain. Sharks, but if there’s just more important in charge now on it, so I don’t think it’s affected the number of people actually swatting or actually purchasing domains just to hold on here in anyway. What we have done is actually given an opportunity for people who didn’t get domain names earlier to actually work on these domain names.

Now they can get the choice of domain name, that they want and actually build a business of it. So I think, in that way we’re definitely helping out all these startups are using. Oh yeah, that’s a brilliant uh. I can. I can name a few. We actually have a couple of startups using your Tegrity name over here. We have gone VTEC in whole, star tech in the style valley right now, and you can see a lot of them.

We had about 20 order of startups at Web Summit using our domain extensions and that’s growing everywhere. You’ll see people getting onto these extensions so that you can get the best name. How about these big guys? Do you know what they’re doing? Are they yet letting people to register all the ones that they got? Oh yes, so let me yeah couple of examples so, for example, dot store, it’s been used by NBA, so you go to NBA, dr.

PS, dot, tech and then they RCS web dot, orgy yeah, and that’s why it makes sense. Ces or tech tells you exactly what it is. They also free name their company, the CDA tech. So that’s uh, it’s basically everyone’s already using these extensions amongst all the sets, so depends where you’re, looking, what you mean by popular, if it’s just in terms of sales in terms of registration, is very different, because a lot of TL DS are being sold for very Low prices, amongst our own extensions, I can tell you that dot site is doing really well, it’s sold over 600,000 names or tech is sold over half a million names, that’s just launched was actually one of our biggest.

We sold thirty four thousand names in the first day itself, so all of them are doing really really well in totality. We’ve sold over two million names amongst these and you can see a lot of them already on there, like some 1 million ranking there’s so many people know everybody needs to the mail, it’s not nice that they have to. Yes, our one makes sense. People are not going to remember along the main name, so uncle makes and no one’s going to type it in or getting your short name is way difficult.

Now, intercom, oh and that’s where we come in that that’s something we can explore, but I don’t think that will help us in the large keep saying three times a radio. Okay, thanks cool! That’s awesome, okay, something host something pressed my that space; no, maybe not, and lots of cool domains right here.