So I usually wear a seersucker shirt, but I wanted to record this real quick for my daily vlog, because here’s the deal whatever idea you ever have in life number one obstacle will be marketing it, because humans have a natural aversion to anything new.

That’s why brands? Like coca-cola keep winning, because if you come up with a soda, nobody naturally trusts it until it’s been proven over and over. So marketing becomes the key to anything, no matter how great your idea, if you’re an artist musician, social media person, entrepreneur online entrepreneur, you’ve got pizza, restaurant, you know whatever it is, you have to acquire clients and keep them happy, and so here’s the number one rule That everyone forgets don’t market narcissistically.

What I mean by that is don’t market, something that only you’re interested in, and I know that sounds so obvious people are like. I already know that time, but not really people don’t really understand the extent to which I’m talking about. Ah, I’m walking here’s a little cooler that are light. People understand the extent to which our brain will naturally build our marketing on narcissistically selfishly.

So, let’s just take an example, I saw the other day this mattress commercial, you seen those ever late at night. Look how nice it is out today they call this the magic hour because the lights real nice, but this mattress commercial, has the owner and he’s not very good he’s, not very good on camera and he’s there talking about why you should buy a mattress from him And I was thinking dude, nobody really wants to see. 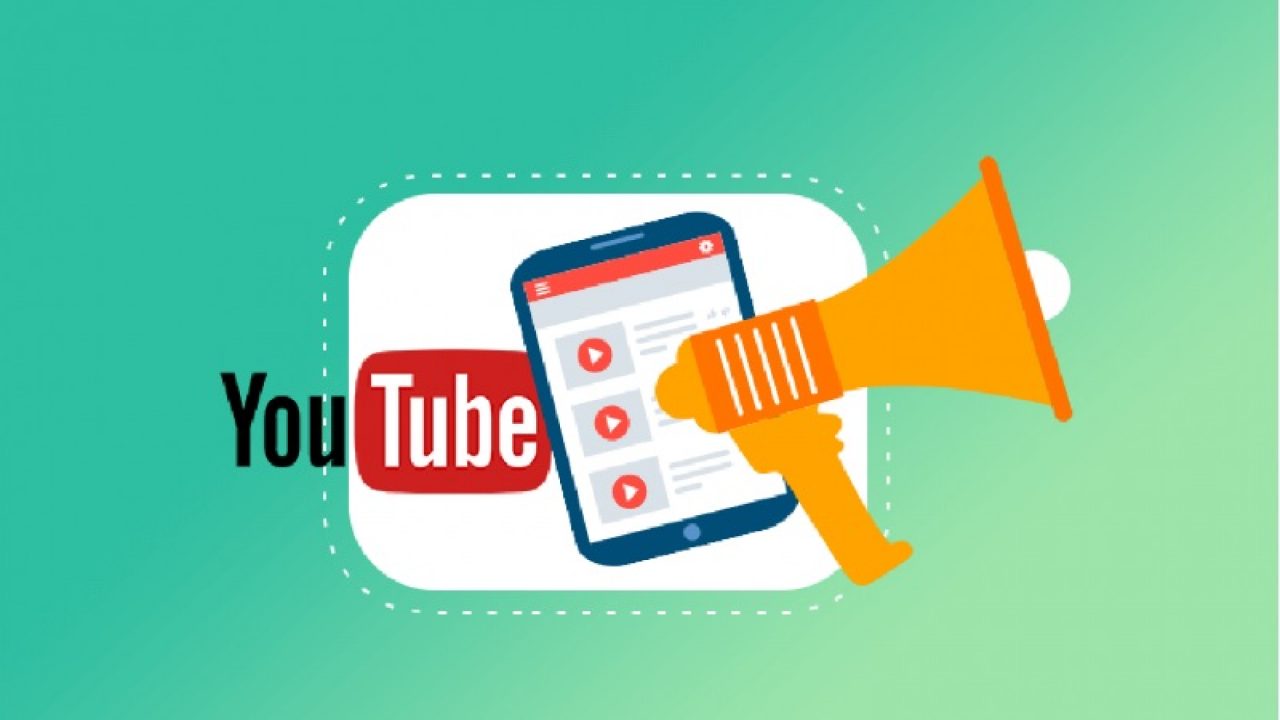 You like you know, you’re, not good, at doing your commercial. Why don’t you stay behind the scenes? And I know why? Because he thought it would be cool for him to market himself in that way, but much better to make a persuasive marketing piece. You know commercial, you don’t see the shirt, you don’t see the CEO of coca-cola in all the commercials. Now there is a time if you’re good on camera, you can use your own.

You know you can use your own images, your own articles, but that was just an example that came to mind. I was thinking who’s, this guy building the marketing for himself and at the end of the day, if you build your market for yourself, you’re going to be broke period. So how do you get into the minds of people? That’s what it really comes down to and I’ll tell you. The simplest way to get into the minds of potential customers is to do rapid experimenting, Rapide Rapide Rapide.

You know I did some of you have seen some of my youtube articles that woman viral and they’ve had. I just looked check my stats in the last year year and a half did 540 million minutes readed. It’s a lot YouTube told me. They won’t tell me if it’s the most, but it’s a lot half a billion minutes, not just views minutes and part of that paid advertising and part of that virality. There’s a formula I’ll talk about that another article.

But when I first made my very first article, I even won with the Lamborghini. It didn’t not that many people liked it. It was me and Jeremy just driving around and it wasn’t that persuasive of marketing. So you know maybe got a hundred thousand views versus the other. One got over 100 million and I was in Paris. I shot that one first, one that did not go viral and I went to Paris for New Year’s and then I came back and I was like.

Let me just keep experimenting, get inside the mind of people, but instead of me presupposing. I knew what was inside the line. I built some rapid test. I record about 20 30 more tests, and one of them was the here in my garage article, which was kind of the beginning of a lot of the social media articles that I did and that one’s gotten no one knows exactly how many people viewed it. Maybe 100 million people globally lot 50 to 100, probably more but I’ll be conservative with that and that came from rapid experimentation.

I experimented that whole process was in two months. I did enough experimenting, so if you can experiment, then you won’t build this selfish narcissistic marketing. That just doesn’t work much time. You read TV you’ll, see it all day long and then you’ll see those few commercials that really catch your attention, so whatever you’re trying to market get inside through rapid experimentation. I was talking to.

I got a guy, a friend of mine, kind of a were loosely affiliated and his name is Adrian Morrison and he built out a system what he does. He goes on Facebook and he just like rapidly experiments products that people want to buy. He does Facebook advertising a different internet advertising and he discovers through a process of trial and error, but rapid trial and error what people want to buy and he can build businesses extremely quickly.

You know ecommerce businesses, someone will make whatever thousand bucks a month. Ten thousand and fifty thousand I don’t know the numbers are fairly big. I mean he’s out making 100 million bucks a year, but it’s making seven figures. Maybe eight, I’m not sure I’ll have to ask him. His exact numbers doesn’t matter, makes a good living just selling. All kinds of stuff that you wouldn’t think that necessarily it would be able to make that much money, but he does and he actually wrote a book, I’m going to put a link to his book.

He I got him to give a free download of it. It’s like how to build a profitable ecommerce business and it’s this whole system of testing. A lot of you asked me for how to stuff and the daily vlog is more just general advice. I don’t have time to always lay it all out, especially because I got to leave in a second but I’ll. Put a link now he’s going to take this link down. I got him to put it up for much for how many more days, but a few more days.

I got him to give it away. You can get the e-book free, so he can read all the stuff and he also has a link for a workshop. You can read, I told him, I’d, be an affiliate for it because he’s done some stuff for me on Facebook marketing, because I do a lot more on other blogs, but he really helped me with getting my Facebook marketing up. We work with them every week, just giving tips and advice so he’s helping me. I can tell you that, and so maybe it’ll help you out there’ll, be a link somewhere here, annotation or below click that link get his free ebook, it’s completely free and then you can sign up for the free workshop. He has a paid version of it, but you don’t have to do that. If you don’t want, you could just get the free stuff and then for those of you really interested. I think he has a link to some paid more advanced program but start with the free stuff check get out and just remember whatever you’re trying to do.

You must be a marketing guru, a marketing master. You must understand persuasion. You must understand the mindset of your target market and very few people can do this, but those who can get a huge reward so wish you luck on what you’re trying to do trust me. I’ve been in the marketing game, my first mentor, Joel Salatin, was a direct marketer. I was 19 years old, I’ve been learning and learning. You know from mentors all different type of mentors that first mentor and I was a 19 Joel Salatin and on and on and on and go everybody I meet.

Who knows a thing or two about marketing, I’m picking their brain. Tell me I’m showing up at their conferences I’m looking at their online. You know I read you know. I read a book a day, I’m reading books, I’m investigating I’m reading TV commercials, I’m reading and clicking on internet banners trying to re reverse-engineer what the heck it is. These guys are doing and – and I look at celebrities – look at how Oprah mark yourself now Ellen Ellen DeGeneres Show you know dj khaled now killing it on snapchat I read movie stuff on office.

I was in a movie yesterday pop star that big movie – Andy Samberg, came out funny as hell. If you read my snapchat, I posted it, but I readed how they marketed that thing. Judd Apatow is a genius. He did trainwreck so make yourself a follower and a seeker of every marketing technique and tip, as you could ever come up with marketing. It’s not cheesy, marking his way of persuading people if you’re selling something good to do what’s in their best interest.

I’r so happy thankful that there’s good marketing out there, especially for good stuff. You know like this Rolls Royce. I just got it’s Branson custom. Look at 11 miles. Just came off the boat, the go series it’s on my snapchat and stuff um. I wasn’t going to get a Rolls Royce. You know I was going to get him a glaring and then I was at the dealership and they were telling about this Rolls Royce and they were so persuasive on how well it drives and all that – and I was like.

So click the link download his ebook learn how to use the Internet is powerful. Look. I’r here on the internet, connecting with you, I looked at 103 countries, I’m connected to people, I’m following my stuff and that’s all ecommerce, that’s the power of e-commerce. So learn how to do it for yourself. Even if you don’t want to be a huge entrepreneur. You know you could use it for art use for reading book.

I mean you can use it for art. You can use it for your music, you could use it like, I said stores you can use it even as an employee if somewhere else, the better to market yourself, the more promotions you can get so download it check out his but make sure you go into His free workshop, I told her I’m being affiliate because I like his stuff and then he’s got a paid program that I partnered up with them.

So you know, if you decide, and he shows you even if you don’t know what to do in business, he shows you how to figure it out how to source and decide what products will sell easily, that aren’t that hard to market, and so it’s kind of A you know, step by step approach, click the link. Let me know what you think leave a comment below after you check out his ebook and workshop, what you thought of it.

Okay, talk to you soon,