Now, those of you who don’t know who I am. I am a digital marketing that specialize in helping artists, like you, guys get their songs hired through platforms like Spotify, Instagram, YouTube and bunch of others. Now what I want to talk to you guys about today is a recent Power Move that the streaming platform SoundCloud has made.

I want to get you guys to start to take advantage of this power move, what exactly it is and how I think it will affect you guys as artists in the near future. So with that being said, let’s get right into it. So what exactly is this power move that SoundCloud has made? If you keep up with SoundCloud in any way, shape or form, then you’ve probably heard that they now allowed monetization of the music on their platforms, meaning that you can now make some money because of SoundCloud before the only way to just stuff will get monetize from Them was if you were invited to their SoundCloud premier program or if you knew someone like your distributor, who can help you get your stuff monetize through whatever other means that they may have so like.

I was saying before SoundCloud premier program used to be invite-only, meaning that some flower pretty much had to ask you to come, try it out. That was the only way that you can make money through SoundCloud through them. But now the SoundCloud premier program is open to all creators who use the platform as long as you meet their basic bare minimum requirements. So what exactly does this mean for you guys? It pretty much means that now you have another way to put some money back into your pockets now before. 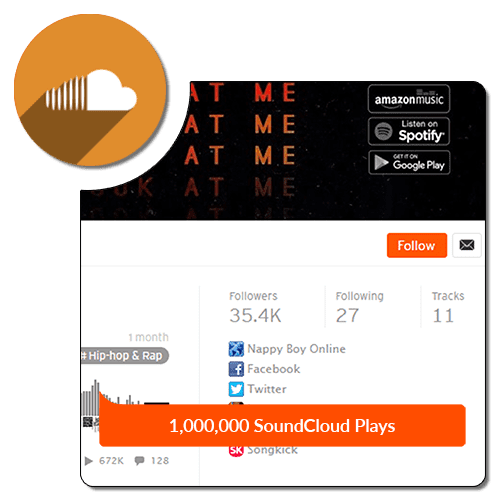 One of the main arguments that I used to hear against SoundCloud is that you were literally giving your music away for free, and why would you do that? Now I know technically on platforms like Spotify and like title you’re, not charging your fans for your music, but at least those platforms were attempting to pay you guys for your streams. I always thought it was kind of weird that, with SoundCloud the main source of traffic, which is you guys, was not being compensated for the amount of work that they put in unless SoundCloud deemed you worthy to be so.

To be honest with you guys, I think the SoundCloud opening up its premiere program is an attempt for them to keep their core consumer base happy, which is music artists. You guys, I think that SoundCloud has finally realized that they have been driving you all the way to their competitors, to Spotify, to Apple music, to title to Pandora, all of their competing services, and they aren’t you guys back.

I think they want you all to at least seriously consider SoundCloud as a platform that you need to really work and drive traffic to, and they knew that. The best way to do so was to finally start paying you guys for the work that you’ve been putting in and finally the part of the article that I’m sure you guys have been waiting for. How can you join SoundCloud premiere program so that you can start to monetize your music and make some money well, like I was saying earlier in the article, you must first meet their basic criteria, which are pretty much as follows.

First, you have to have at least a SoundCloud Pro or SoundCloud Pro and limited account, meaning that you can’t monetize your music. If you only use their free account, you also can only monetize original music, meaning no remixes, no cover songs. None of that guys. You also can’t have any copyright claims against your account. So if you ever uploaded something that didn’t belong to you and you got a claim against it, this may be something that causes you a little trouble.

I would definitely look more deeply into it if this applies to you and lastly, you must have at least 5,000 strings within the last month from countries that SoundCloud Dean’s eligible I’ll make sure to leave the article about that in the description below, so that you can Dig a little bit more deeply into it. There’s always guys if you feel, like you learned anything today, please like and share this article hit those post notifications as well as I wouldn’t want you guys to miss anything once again.

My name is Corey and I’ll see. Y’All next time,