We went over how to create your first successful ad we going over audiences targeting we went over reporting, optimization and you know what to do.

After you know the numbers – and this is the last article – so if you guys have not readed any of those articles, I highly recommend that you go back and read those, but for today’s article I’m going to show you real, quick how to pause, cancel and delete Any of the ads that you have running okay, so we are in our Facebook Ads manager. I created a kind of a dummy ad here, so the first way is super easy.

If you have one add in one ad set in one campaign, then you can easily shut off all of your ads in that campaign by just clicking on this toggle here. So this is actually off right now you can see it’s inactive. If you toggle this over, this would make it active and it’s it’s actually. It didn’t even go live, so it’s in review. If it was active at one time, it would just say active, but this campaign has only one ad set and one ad right.

If you have multiple ads in that campaign, so say you had in this campaign. If you click on this check, box, it’ll have all of the ads in it. If you go to this right, so I only have one ad here, but if you have you know five ads in one ad set and one campaign, then it’s going to shut off all of those ads. If you do it from this campaigns. Tab right! If you want to go – and you have multiple ads in that campaign, then you can go here to the ad level and shut off the ad the ad level.

I highly recommend that you do the app instead of shutting off one full campaign. That’s the easiest way to do that right, so that is the easiest way to pause or cancel an act. If you want to cancel an ad set so say if your split-testing and you have multiple multiple ad sets ad set would be who you’re targeting it could be your budget and then, within that ad set, you might have multiple ads right, we’re just going to duplicate This so I can show you real, quick yeah, so this is what, though, that would kind of look like, so I have multiple ad sets and then each of these ad set has an ad right like unclick.

These I go to this. I have multiple hats because I have multiple ad sets right. So if I’m testing one handset against another asset, say your split testing, an image right, so your copies the same your headlines, the same, the landing page is the same. The only thing that is different is the image. You have two different images and you can see the results. We don’t over that in the last article, one ad is doing really really well.

The other ad is not. You want to cancel the ad. That is not doing well, and you know that you have one ad set and one ad all you need to do is go to that ad set and just toggle off here right and then, if you go to your ad, then you know, excuse me, love you, Unselect this you, then you know that these ads are off it’s confusing, because if you go here, you’ll see ok, these are on, but really one of these is off right.

So if you check this box and then go to your ad, you know that this campaign is off. So what I would do is I’ll just go and turn it off so that you know you’re not confused by any of the numbers. If you just click on because the problem is, if you click on this campaign – and you click on this – and you go straight to your ad, then it would show both of these as being on that, you don’t know really, which one is going right in this Case we now know, because this is toggled on this – is toggled off.

I would always recommend just going and clicking all of these, so that you know which is which is going on here right, so that’s kind of what you should do if you want to pause or cancel the ads that you have running now. If you want to delete and add what I recommend doing and how I teach creating Facebook ads is doing one hat per one ad set and I would just go and delete the ad set and that will in turn, delete the the ad itself.

So if you go here to the ad set that you want to cancel or delete you just click on this checkbox and then go and delete this and say yes, I want to delete that. You have to be really sure that you’re deleting that, because you can’t get that back right and then we deleted the ad as well. So if your, if you follow how I teach one AD per one ad set, then you can just delete the ad set that you don’t want running, really, there’s no reason to delete the ads unless you broke a lot of rules and violations of Facebook, and you Kind of want that expunged from your Facebook account.

That would be the only reason I can see the leading an ad would be beneficial. Otherwise you really just want to kind of keep that ad there so that you have the numbers and that you know. Okay, this split test. This is what one I really don’t want this. This picture really didn’t work, so I want that to be in there. So I know if I ever forget, I can come in here and say: okay, that picture didn’t really work.

I don’t want to use that one ever again right so guys. That is how you pause, cancel delete any of the ads that you have running. As I mentioned earlier, if you haven’t readed previous articles, go read those if you like this article, give it a thumbs up, make sure that you subscribe to the blog, because I come out with a new article, every single day, 1 p.M. Central, alright guys. So if you guys, like this article again, give it a thumbs up, and I look forward to seeing you guys in the next article you 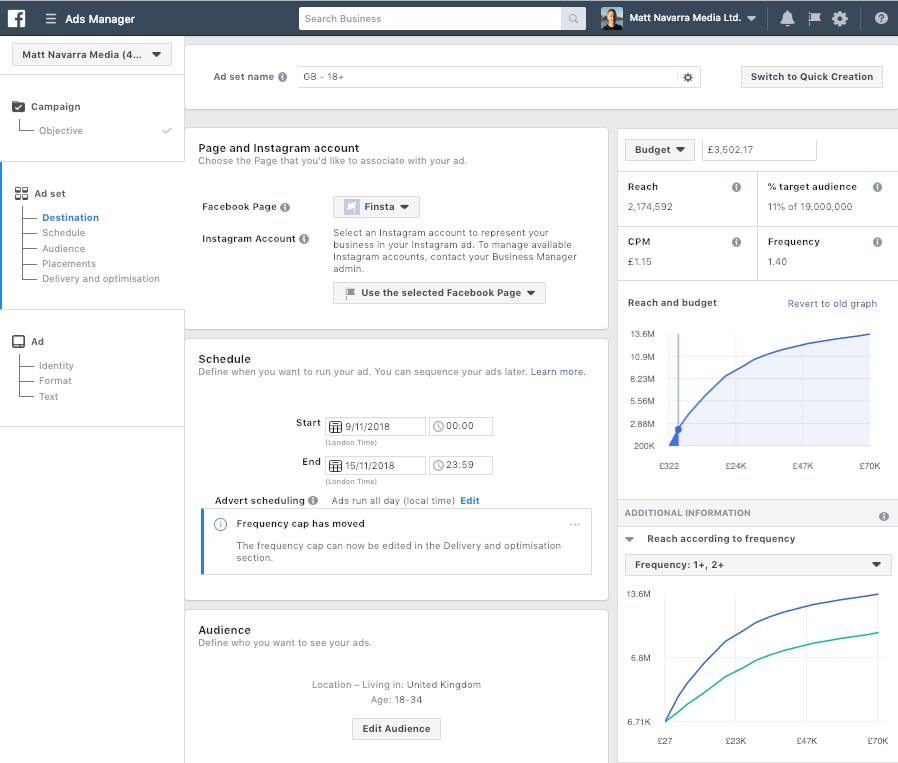